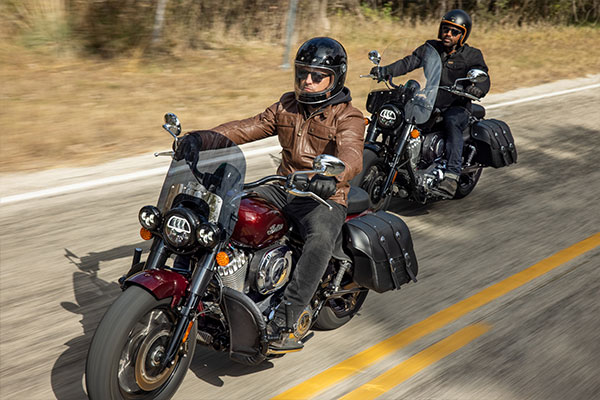 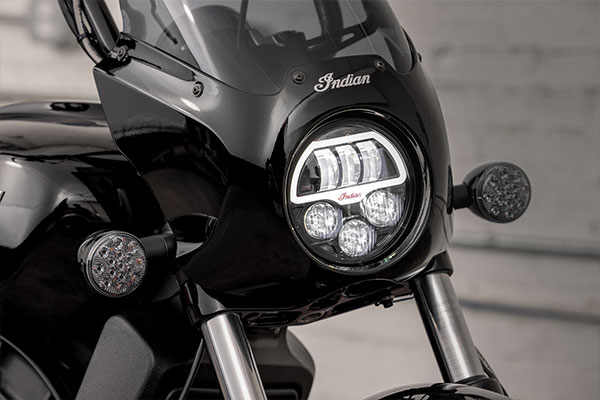 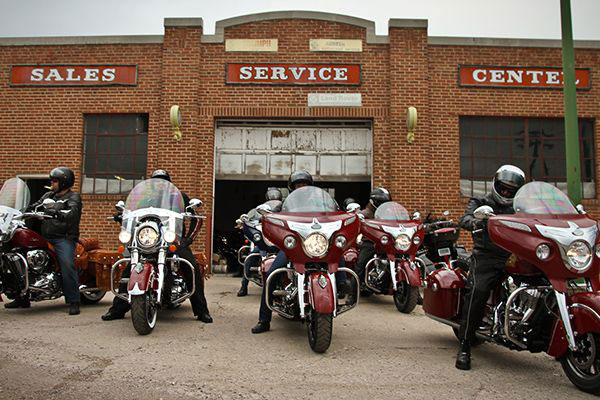 Dick Scott's Indian Motorcycle® of South Detroit was established in 2009, originally located on Michigan Avenue in Canton, MI. In June of 2013, we moved to our current location on Plymouth Road in Livonia, MI and we now go by Dick Scott's Freedom Powersports.

We have a large selection of Indian Motorcycle® models, including the Indian® Chief Vintage, Indian® Chieftain, and Roadmaster. In addition to the bikes, we have great deals on helmets, boots, gloves, and jackets for every rider.

Once the weather breaks, you want to be READY TO RIDE. So make sure your bike is tuned up and good-to-go! Remember, our trained service techs are ready to tackle any maintenance or service repair you need. Be sure to visit our "Specials" page before you ride in to check for money-saving offers.

A Brief History of Indian® Motorcycle

While the 2 3/4 horsepower single and the five horsepower twin have been retained, two new models will be presented and a seven horsepower twin. The radical changes of the Indian®, however, will consist of a mechanical oiling device, free engine and two-speed gear, and a new spring fork. -- New York Times, January 9, 1910 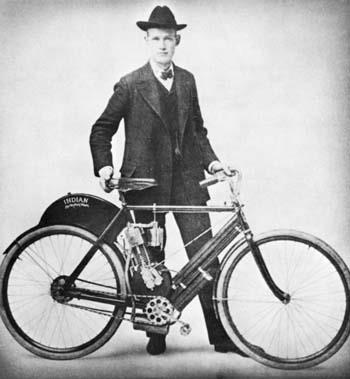 Indian® Motorcycle Co. was born as the Hendee Manufacturing Company by George M. Hendee and Carl Oscar Hedstrom (pictured above with the first prototype of Indian®). It was the first American motorcycle company and the most popular in the world by the time the New York Times wrote the paragraph above. Both men were former bicycle racers who got together to build a 1.74 bhp, single cylinder engine in Hendee's hometown of Springfield, MA. The bike was a huge success and sales increased drastically during the next 10 years.

Indian® Motorcycle was very innovative. In 1901 the prototype and two production models were successfully designed, built and tested. Work began in previous years. In 1902 the first Indian® motorcycles, featuring innovative belt-drives and streamline styling were sold to the public. In 1903 Indian® co-founder and chief engineer Oscar Hedstrom set a world motorcycle speed record by riding 56 mph.

In 1904, the diamond framed Indian® Single was made available in deep red. This color would become Indian®'s trademark. By this time production was up to over 500 bikes per year and would rise to 32,000 in 1913. It's best year ever.

In 1906 Indian® built its first V-Twin engine. 101 years later the V-Twin is the most popular engine style in the world. The following year Indian® made a strong showing in racing and record-breaking. In 1914 Erwin "Cannonball" Baker, who set many long-distance records, rode an Indian® across American from San Diego to New York in a record 11 days, 12 hours and 10 minutes. Baker's engine of choice in the following years was the Powerplus, a side-valve V-Twin which was introduced in 1916. It was a 1000cc, 42-degree V-Twin which was more powerful and quieter than previous designs, giving it a top speed of 60 mph. The design was highly successful both as a roadster and as a racing bike. It remained in production until 1924.

Oscar Hedstrom left Indian® in 1913 over a disagreement with the Board of Directors regarding dubious practices to inflate the company's stock values. George Hendee resigned in 1916.